MANGILAO (UOG) — For more than half of his adult life, geologist John W. Jenson offered expertise and studied underground drinking water resources in Guam and other parts of the Micronesia region.

Jenson’s research and collaborations with his students included mapping the Northern Guam Lens Aquifer, which supplies 80% of the island’s drinking water.

Colleagues and peers from within the University of Guam community join John W. Jenson, center, director and chief geologist of the Water and Environmental Research Institute of the Western Pacific, as he receives the Ancient Order of the Chamorri Award Sept. 26 at the Ricardo J. Bordallo Governor’s Complex at Adelup.

Jenson and his students also studied: Pacific Island atoll aquifers, the evolution of limestone island aquifers; long-term saltwater impact on water wells; the reconstruction of the prehistoric climatic conditions of Guam and the west Pacific region; and management and protection of groundwater quality, among other accomplishments, according to a recent University of Guam Board of Regents resolution acknowledging is legacy in science.

Recognizing Jenson’s contributions to the island and the Western Pacific in general, Tenorio bestowed on Jenson the Ancient Order of the Chamorri Award — the highest honor the governor of Guam can give. Tenorio gave the award on Sept. 26 at the Ricardo J. Bordallo Governor’s Complex in Adelup.

The honor is sparsely given, Tenorio said.

Jenson came to Guam in 1993 as a hydrogeologist and groundwater modeler for UOG’s Water and Environmental Research Institute of the Western Pacific. On Sept. 30, 2022, he will retire from being director and chief geologist of WERI.

Acting UOG President Anita Borja Enriquez described Jenson as one of the most incredible individuals in the UOG community.

“Dr. Jenson has been a longtime advocate for high academic quality, high-quality research and has been instrumental in working with students from our island and our region to advance their level of research at a level of doctoral dissertations which have enabled students to engage in groundbreaking discoveries, and also to win national awards and advance to graduate-level fellowships that are impressive,” Enriquez said.

Jenson gave credit to WERI students, staff and research partners, as well as government funding support, for what WERI has been able to achieve.

“Good science is a team sport,” he said, in part.

He and wife Cheryl are moving to be close to their grandchildren in the states.

Jenson said Guam will always be home in his heart.

Jenson received his bachelor of science in economics degree as a distinguished graduate of the U.S. Air Force Academy in 1975. He earned a master’s degree in applied economics from University of Michigan, Ann Arbor, in 1976; and a Ph.D. in geology from Oregon State University in 1995. 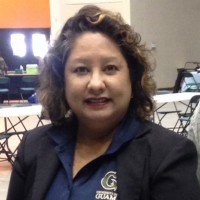